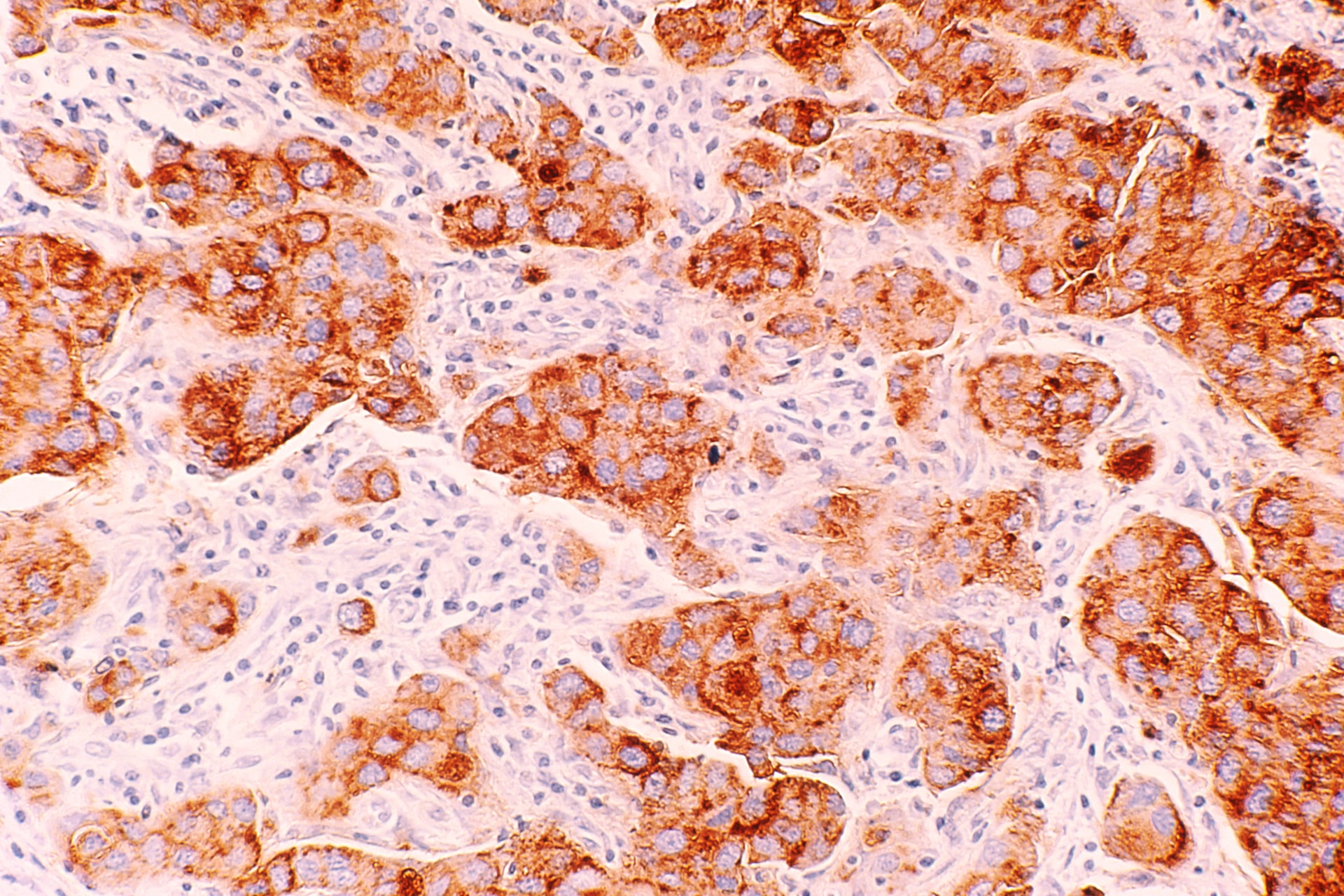 There are a number of risk factors associated with breast cancer with gender being the most significant. While men and women alike can develop breast cancer, the risk is elevated in women due to the constant changes and growth in women’s breast cells. The second most significant risk factor for breast cancer is age, as most breast cancers are diagnosed in women after the age of 50. This is due to the increased likelihood of abnormal changes in older women’s cells. A family history of breast cancer is another risk factor (Łukasiewicz et al., 2021). Women who have been pregnant after thirty, did not breastfeed, or have never had a full-term pregnancy have an increased risk for breast cancer as well. In addition, the level of physical activity, weight, and alcohol consumption also play a role.

Several treatment options are available for breast cancer and patients often receive more than one. Surgery can remove as much of the solid cancer as possible. Chemotherapy uses anti-cancer medicine that is injected or ingested to reach cancer cells. These drugs kill the cancer cells, reducing tumor size and sometimes completely eliminating it. For some types of breast cancer, hormones promote their proliferation by interacting with hormone receptors on the surface of the cancer cell. Targeted therapies block hormones from attaching to these specific receptors, thus leading to slow proliferation of the cancer and potentially killing it. Radiation therapy uses high- energy rays to destroy cancer cells. While there are many treatment options, the success rates of these treatments vary with each patient. It is thus critical to focus on the underlying differences between the various tumors to understand how to develop more targeted treatments.

Deoxyribonucleic acid (DNA) mutations, which are random or induced changes in DNA sequence, are the universal cause of all cancers. Each cancer has a unique combination of genetic changes. These variations in the DNA sequence of healthy breast cells, known as acquired or somatic genetic mutations, may lead to breast cancer. Such somatic gene mutations, which may be caused by radiation or cancer-inducing chemicals, are acquired during a person’s lifetime and occur only in breast cancer cells. Although most gene mutations linked to breast cancer are acquired, about 10% of breast cancers are inherited from parents. Inherited DNA alterations are called germline mutations and are present in every cell in the body.

A number of germline gene mutations have been linked to hereditary breast cancer (Table 1). These genes are classified as of high, medium, or low penetrance according to their relative risk ratios for breast cancer. BReast CAncer gene 1 (BRCA1) and 2 (BRCA2) are the most common mutated genes that are inherited. Both BRCA1 and BRCA2 are tumor suppressor genes that encode for proteins responsible for controlling cell growth and death (Lee et al., 2020). In the nucleus, the BRCA proteins interact with other proteins to repair breaks in DNA, maintaining the stability of a cell’s genetic information. Inherited BRCA1 and BRCA2 gene mutations lead to the production of an abnormal variant of their proteins or decreased production of the protein, reducing the amount available to repair damaged DNA. When these genetic defects accumulate, they trigger cells to grow and divide uncontrollably, forming cancers. Mutations in these genes are transmitted by autosomal dominant inheritance in a family. It is important to note that the parents who pass the gene mutations to their offspring are not necessarily cancer patients. Likewise, a mother who has breast cancer does not necessarily pass that cancer to their offspring. Having a BRCA1 or BRCA2 mutation markedly increases the risk of developing breast cancer, especially early onset breast cancer, and an increased incidence of cancers in other organs. Approximately 6% of breast cancer cases are caused by pathogenic variants in these genes (Couch et al., 2017). Women with an inherited mutation in BRCA1 have about 55-70% lifetime risk of developing breast cancer. A mutation in BRCA2 increases that risk by 45-70% (Couch et al., 2017).

Hereditary breast cancer can also be caused by other less common germline gene mutations. Ataxia Telangiectasia Mutated (ATM) gene, when functioning properly, helps cells by fixing damaged DNA or by killing cancerous cells (Stucci et al., 2021). Inheriting an abnormal copy of the gene has been linked to an increased rate of breast cancer, especially in women over the age of 50. It is usually associated with an autosomal recessive condition that is characterized by a lack of muscle coordination and predisposition to certain cancers. Partner and localizer of BRCA2 (PALB2) is a gene that produces a BRCA2 interacting protein. Mutations in the PALB2 gene increase the risk of developing breast cancer. Some studies have found that germline mutations of PALB2 exist in families with breast cancer. Tumor protein p53 (TP53) gene encodes for tumor protein p53 which is often known as the guardian of the genome because it helps terminate the growth of cells with damaged DNA and suppresses tumor growth. Tumors with germline TP53 mutations tend to have a poorer prognosis. They are more likely to be aggressive, to be resistant to certain anti-cancer drugs and radiation, and to recur after treatment. TP53 mutation carriers with breast cancer who receive radiation therapy are at increased risk for developing secondary cancer in radiation fields (Masciari et al., 2012). The Checkpoint Kinase (CHEK2) gene is also involved in DNA repair and increases breast cancer risk when a mutation is inherited. The Phosphatase and Tensin Homolog (PTEN) gene provides instructions for making an enzyme that acts as a tumor suppressor and regulates cell growth. Inherited mutations in PTEN gene can result in Cowden syndrome, putting victims at higher risk for both malignant and benign tumors of the breasts. Females with Cowden syndrome have a 25-50% lifetime risk of developing breast cancer. The serine/threonine kinase 11 gene (STK11) is a tumor suppressor that helps cells orient themselves and promotes apoptosis (programmed cell death). Defects in STK11 gene can lead to Peutz-Jeghers syndrome with a higher risk for many types of cancer, including breast cancer. The E-cadherin gene (CDH1) encodes a protein called epithelial cadherin or E-cadherin. E-cadherin plays a key role in cell adhesion. A lack of E-cadherin makes it easier for cancer cells to detach from a primary tumor and spread to other parts of the body. E- cadherin also acts as a tumor suppressor protein preventing cells from growing and dividing too rapidly. Inherited mutations in CDH1 gene increase a woman’s risk of developing a form of breast cancer that begins in the milk-producing glands called lobular breast cancer. The cumulative lifetime risk is 50% to 60%, mostly before age 40 (Benusiglio et al., 2013).

Genetic counseling and testing helps identify those individuals at increased risk for breast cancer due to germline gene mutations. These include but are not limited to: being diagnosed with breast cancer at a younger age (before age 45), having triple-negative breast cancer (TNBC, a type of breast cancer that grows quickly), having been diagnosed with a second breast cancer, being of Ashkenazi Jewish descent, and having a family history of breast, ovarian, pancreatic, or prostate cancers. Most patients are offered multigene panel testing, using blood, saliva, or buccal mucosa.

Once a positive germline gene mutation is identified, cancer screening such as mammogram and breast magnetic resonance imaging (MRI) are recommended to diagnose early stage breast cancer (Tung et al., 2020). For average-risk women, breast cancer screening with mammography starts at age 50. However, for women with germline pathogenic gene variant, guidelines recommend annual mammography beginning at age 30 and MRI at age 25 or earlier, depending on the earliest age of breast cancer in the family (Saslow et al., 2007). Periodic self-breast examination from age 18 and clinical breast examination from age 25 may facilitate awareness of breast changes in these women.

Germline gene mutations affect breast cancer cell biology and behavior. About 80% of all breast cancers over-express estrogen receptor (ER) and they respond to anti-estrogen treatment 30-70% of the time. Increased expression of human epidermal growth factor receptor 2 (HER2) occurs in 25% human breast cancer cells, which is the target of anti-HER2 therapy such as trastuzumab (a monoclonal antibody). Around 15% of breast cancers lack expression of ER, progesterone receptor, and HER2, the so-called TNBC. However, around 65% and 30% breast cancers from BRCA1 and BRCA2 germline mutations respectively are triple negative (Gonzalez-Angulo et al., 2011). TNBC tends to behave more aggressively than other types of breast cancer, and there are no approved targeted treatments available. Due to the strong association of BRCA germline mutation with TNBC, patients with triple-negative disease should undergo BRCA mutation testing regardless of family history.

Breast-conserving surgery (lumpectomy) — removing the cancer but not the breast itself — is the preferred surgical treatment for early-stage breast cancer. However, patients with breast cancer due to germline BRCA1 or BRCA2 mutation have a poorer response to lumpectomy. An analysis of 10 studies of lumpectomy demonstrated a higher risk for ipsilateral (same side) breast cancer recurrence at a follow-up of 7 years in germline BRCA1 or BRCA2 mutation carriers compared to non-carriers. The risk for contralateral (opposite side) breast cancer recurrence in BRCA1 or BRCA2 mutation carriers is also increased (Tung et al., 2018). Carriers of a germline TP53 mutation, however, are recommended to undergo mastectomy. This is to avoid the need for subsequent breast radiotherapy which may cause secondary cancer in the radiation field (Schon et al., 2018).

For women who have a BRCA1/2 pathogenic variant, prophylactic bilateral mastectomy surgery, a procedure that removes the breasts, reduces the risk of developing breast cancer by 90% (van Roosmalen et al., 2004). Because breast cancer is a hormone-dependent disease, removing the ovaries, the main source of estrogen and progesterone, is also an option for breast cancer prophylaxis. However, such surgery (bilateral salpingo-oophorectomy) reduces the risk of breast cancer only in BRCA2 carriers but not in BRCA1 carriers. This can be explained by the fact that BRCA2-associated tumors are more likely than BRCA1-associated tumors to be ER positive. For female BRCA2 carriers who opt against mastectomies, medicines such as tamoxifen (selective ER modulator) or aromatase inhibitors (which reduces estrogen production from estrogen precursors) can be used to lower breast cancer risk by blocking estrogen effect in breast tissue. Tamoxifen reduces breast cancer risk by 62% in BRCA2 carriers, but not in BRCA1 carriers (King et al., 2001). Women with CHEK2 mutations are more likely to develop ER-positive breast cancers and thus may be good candidates for chemoprevention with tamoxifen.