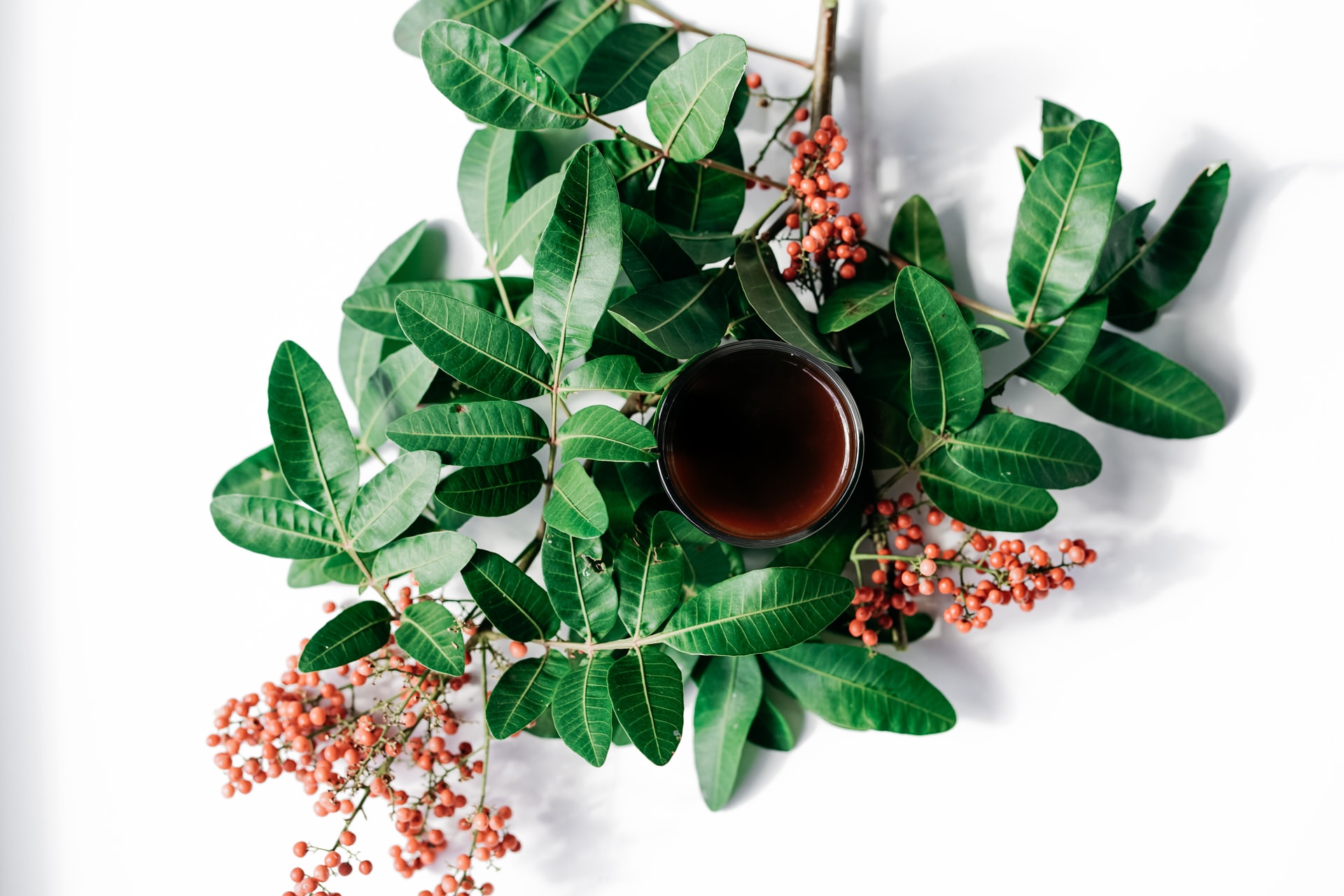 Chinese herbal medicine (CHM) has been used in ancient China for over 2500 years, with its prevalence continuing to grow ever since. In recent years, traditional Chinese medicine (TCM) methods such as acupuncture, tai chi, and herbal medications have gained a global presence. However, its basis has not been proven scientifically, and anecdotes or observations of successful treatments have led to the foundations of CHM. Thus, believers of CHM and TCM practitioners have not encouraged the publication of many clinical studies on the efficacy and safety of herbal medications. Some experimental studies have led to promising results, but more research needs to take place to confirm such effects and any adverse effects medications may bring. The purpose of this paper is to examine the basis and research behind CHM as well as the risks of ingesting CHM.

Rooted in Chinese culture, TCM has become a staple for the holistic treatment of illnesses. Although China’s healthcare system has embraced western medicine (WM) for the treatment of some illnesses in recent years, the prevalence of TCM is nonetheless prevalent across the nation’s citizens. According to the China Health Statistics Yearbook 2018, there were a total of 2,641 million visits to TCM practitioners, making up 32.3% of all clinical visits in 2017 (Liu et al.).

Many patients with chronic illnesses look to natural treatments such as TCM after WM has been unsuccessful. Moreover, when illnesses can only be treated with symptom relievers such as the common cold, TCM has been able to fill a gap by claiming to address the root cause (Marshall, 2020). With a growing number of patients utilizing TCM and success stories beginning to rise, it has begun to gain worldwide acceptance, with the World Health Organization adding a chapter regarding TCM in the International Classification of Diseases (Nature, 2019).
Essential components of TCM such as acupuncture and Tai Chi are deemed by the National Institutes of Health to be relatively safe due to their non-invasiveness (Hopp & Shurtleff, 2019).

Although these practices are often scrutinized due to their lack of scientific basis, there are generally fewer risks in participating in acupuncture or Tai Chi than ingesting CHM. However, the effects of acupuncture or Tai Chi are often credited to placebo effects due to their lack of scientific explanations. CHM seems to be the main concern, due to its lack of research into its adverse effects and long-term use by patients of all ages (Liang et al., 2018). The concern behind CHM is attributed to its extensive usage, especially in children and older adults, as well as the lack of randomized clinical trials required to validate claims of efficacy or safety.

TCM is a medical system based on the Chinese belief of balance, where the equilibrium between Yin and Yang can ensure the health of a person (National Cancer Institute). Yin and Yang represent opposite elements that coexist to create a steady cycle between all entities. If an entity has an imbalance, it is deemed as unhealthy and may require a method of TCM to resolve the imbalance. Furthermore, the Chinese believe that among the balance exists ‘Qi,’ a vital source of energy that circulates the body. Based on this belief, traditional Chinese practices focus on the circulation of Qi and restoring the flow of Qi within the body by working to clear the path of the Meridians, channels that Qi flows through. This is a practice that has been passed down in Chinese society for thousands of years. The creation of Chinese herbal medicine is often attributed to Emperor Shen Nong, who sampled more than 100 herbs where he later introduced them to his subjects (Ergil et al., 2002). Illnesses and diseases are caused by disturbances in the balance of Yin and Yang and the flow of Qi within one’s body. Thus, TCM practitioners aim to reinstate the natural balance and flow in order to heal a patient. CHM supporters claim herbal remedies utilize a slow healing method that can eliminate the root of a problem and achieve a balance between one’s emotional, physical, and spiritual health.

In contrast to the western approach on fast responding medication that can suppress symptoms as well as a standard methodology to treat diseases and symptoms, CHM judges a patient as a whole and utilizes the syndrome differentiation theory. This theory analyzes the harmonic pattern inside a patient’s body based on the core beliefs of Qi to make a diagnosis of the illness (Jiang et al., 2012). As such, most CHM has not been clinically tested due to their belief that isolating a symptom and targeting it is an incorrect way of treating a patient which would only temporarily fix the problem.

Although the beliefs surrounding the Chinese medical system have been utilized for over 2500 years, it is important to note that all aforementioned beliefs are not defended by clinical research or trials and cannot be deemed reliable.

Dosage and Usage of TCM

The majority of CHM is often primarily based on the experience of the TCM practitioner due to unspecified guidelines in the pharmacopoeia. Furthermore, there is no dosage guideline for pediatric patients, nor patients who are overweight (Marshall, 2020). This may lead to overdosing or underdosing of the medication. In contrast to WM which is set on a predetermined dosage, including medications used by children, there are no dosage guidelines for the pediatric use of CHM. Practitioners may use either their own clinical experience or the estimated body weight and age of the patient.

Among TCM practitioner visits, respiratory illnesses and symptoms were the most common reason for treatment. Respiratory symptoms are especially common in children. In a study based in Taiwan, 63.2% of children were found to have been treated with CHM at least once (Liang et al., 2018). However, due to the lack of dosage guidelines for pediatric patients, the usage of CHM may pose dangers.

Development and Research behind Medications

Chinese herbal medicine has been in clinical application for thousands of years and has also been under continuous and extensive research in hope of developing new formulas. As previously stated, the discovery of CHM is attributed to the Chinese belief in Qi as the vital life force, as well as the balance between Yin and Yang; however, while that may be true, Chinese herbal medicine is a collection of theories that have been altered based on years of experiments, observations, and anecdotes. According to Doctor Chen-Pien Li, herbal medicine was slowly developed by ancient scholars and governmental institutions, creating remedies and formulas that have since been passed down (Li, 1974). However, questions regarding its scientific basis and reliability have continued to grow with the development of modern science. In fact, many claim that certain CHM can be harmful to the human body.

However, it should be noted that some CHM has been the foundation of some WM. For instance, the calming effects of chamomile tea can be attributed to discoveries by Chinese herbal medicine in the Tang Dynasty. It was said to act as a healing coolant against the fire and heat within one’s body in the Ming Dynasty (Yang et al., 2014). Researchers are now conducting studies with regards to the concepts of TCM to see if tea plants can act as preventive medication. Furthermore, many current researchers aim to further develop CHM. Professor Si-Yuan Pan of the University of Beijing stated that researchers have been exploring ancient remedies and modernizing them. Studies now aim to modernize the method of consumption as well as some formulas (Pan et al., 2011). Researchers have been attempting to alter the method of consumption partly by extracting key ingredients from herbs and increasing the concentration, which then enables the possibility of forming it into granule pills.

Nevertheless, the modernization of formulas is essential. Some risks regarding the ingredients used in CHM have been identified by Chinese scholars, which are now under research and analysis. According to Dr. Gao RanRan of the Institute of Medicinal Plant Development, many scholars have been undergoing research involving the careful inspection of the quality and safety of the products (Gao et al., 2019). Therefore it is important to acknowledge that although TCM is one of the oldest forms of medical practice that still exists today, the medicine was slowly acquired through a collection of experiences. Since not all herbal medicines have been carefully and thoroughly inspected, patients should be cautious and always refer to a physician before ingesting CHM.

The lack of clinical trials and sufficient research into adverse effects in TCM has called its use in question. Natural remedies such as TCM often advertise as side-effect free and fail to record complications such medication can result in. Users of TCM may be unaware of adverse effects and may be unaware of complications from TCM. There are currently few regulations regarding herbal medications and the lack of strict oversight of TCM can lead to overlooked ill-effects (Chua et al., 2015). Thus, complications and contributions to illness or death from TCM are unable to be determined. Although few clinical studies have been conducted in China, other countries have begun to research adverse effects some herbs and traditional medication can result. For example, an Australian journal noted that because the contents and preparation methodology of herbal medications is not tightly controlled, products may contain illegal or harmful ingredients (Byard et al., 2017). Concentrations and ingredients may also be labeled incorrectly, which could lead to users ingesting the incorrect dosage.

According to the National Center for Complementary and Integrative Health, there have been documented cases of TCM containing traces of unapproved animal or plant products. Furthermore, some herbal medications contain drugs such as arsenic, lead, and pesticides. Combined, such ingredients can result in serious injury or death, especially in younger children (Hopp & Shurtleff, 2019).

Another possible complication is the possibility of drug interactions when treatment is utilized by both WM and TCM. When WM is used as a primary drug and TCM is added as a supplement, herbal medications may potentiate or antagonize the properties of WM, resulting in under absorption and possible ineffectiveness of WM. For example, one known interaction is between Danshen and Warfarin (used for blood-thinning properties). A case report found that the interaction between Danshen and Warfarin resulted in significant anticoagulation in patients (Chua et al., 2015). Danshen has also been reported to increase the concentration of warfarin by inhibiting hydroxylation. However, sufficient clinical research has not been conducted between the two medications, and patients are encouraged to avoid Danshen while taking Warfarin.

Although a handful of research studies have already been conducted on CHM and TCM, more clinical studies are needed in order to confirm the safety and efficacy of many herbs and treatments. While some research has shown that TCM does correlate to modern science, other studies have shown adverse effects instead. Therefore, it would be critical for the public to be educated on the risks and to be cautious of the consumption of CHM, especially for younger children and older adults.

Furthermore, the increased consumption of TCM worldwide should encourage further extensive research on treatments that address the complications and possible interferences of taking both TCM and WC. Steps should also be taken by both western and traditional Chinese physicians to inform the patients of the risks of a combination of WM and TCM.