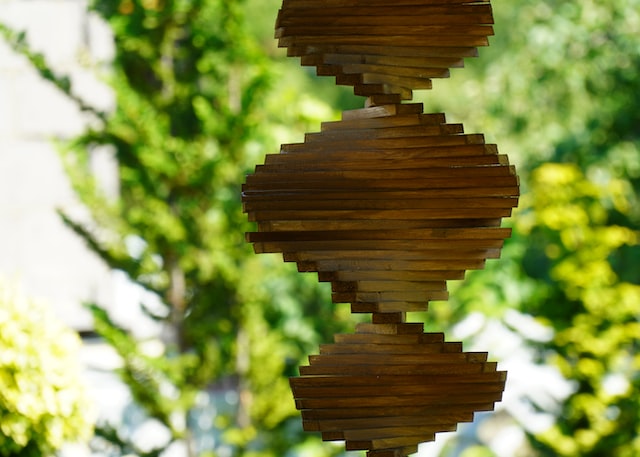 Global methane flux is rising with a changing climate driven mainly by emissions from vernal pools and wetland soils. Methane being a greenhouse gas has an effect on the ozone layer leading to its depletion, leading to harmful ultraviolet radiation entering the atmosphere and contributing to global warming. The problem is being addressed by scientists and one of the solutions is to investigate microorganisms,whose unknown functions could lead us to unanticipated discoveries. Recently, some microorganisms have been found to carry large extrachromosomal elements called Borgs that may have the potential to augment methane oxidation. Borgs were found to carry multiple critical genes important for methane oxidation, yet have an origin distinct from their microbial hosts. Given their ability to contribute to methane oxidation in a foreign organism, Borgs are thought to have potential biotechnological use in solving environmental issues.

The earth’s temperature is rising at an average of 0.18oC per year due to global warming, driven mainly by greenhouse gas emissions. Methane is the most potent greenhouse gas, being eighty times more harmful than carbon dioxide as it has more potential to trap the heat waves produced by the earth’s surface and increase the average temperature that may cause melting of polar ice caps leading to rise in water body levels. The main source of Methane production on the earth is by bacterial organisms that live primarily deep inside wetlands, landfills and in other anaerobic conditions or anoxic environments (Viksmaa et al., 2017). This produces a flux of methane into the atmosphere that is very harmful as it may affect humans by causing various problems like slurred speech, memory loss and vision problems due to a reduced supply of oxygen to the brain. The atmosphere contains various gasses like carbon dioxide, nitrogen, and water vapor, out of which the OH radical from water vapor reacts with methane produced from these bacterial microorganisms and oxidizes it to carbon dioxide. Additionally, nitric oxide present in low quantities with methane causes the depletion of ozone in the atmosphere. One of the cycles that organisms use to produce methane is by reduction of carbon dioxide with the help of hydrogen. Carbon dioxide in the atmosphere produced by methane oxidation can then be consumed by microorganisms to produce methane (Arshad et al., 2015). If methane is not oxidized it traps the shorter wavelengths of light produced by the earth’s surface and increases the average annual temperature of the earth, contributing to global warming.

There are two types of methanotrophs- aerobic methanotrophs, which use oxygen as a terminal electron acceptor to convert methane to carbon dioxide with the help of methane monooxygenase, which leads inert methane to become oxidized. The others are known as anaerobic methanotrophs that use an external electron acceptor other than oxygen with the help of methyl-coenzyme M reductase to cause methane’s oxidation by undergoing reverse methanogenesis (Viksmaa et al., 2017). One such example of anaerobic methanotrophic archeon (ANME) is Methanoperedens, which couples oxidation of methane and converts nitrates to nitrites that act as primary electron acceptors (Lu et al., 2019). Some of these Methanoperedens have been found to possess certain extraordinarily large and mysterious extrachromosomal elements (ECEs). These ECEs encode genes that may contribute to methane oxidation in large quantities and allow the archaea to survive in extreme conditions, potentially by causing modifications in the cell wall.

Just as in early eukaryogenesis when human cells were evolving, mitochondria were thought to be free living and not the part of the cell (Roger et al., 2017). Methanoperedens ECEs have also been assimilated in Methanoperedens similarly to mitochondria in eukaryotes and have been named Borgs (Al-Shayeb et al., 2021). Experiments have shown that there is no direct relationship in the occurrence of Borgs inside archaea. In deep wetlands, more Borgs were present than Methanoperedens. These extrachromosomal elements have significantly large amounts of DNA (up to 1 Mbp in length). Borgs in association with Methanoperedens, have the ability to accumulate genes from surrounding microorganisms through lateral gene transfer. Studies have shown that the genes of Borgs are more closely related to that of the genes of Methanoperedens and 19 different varieties of Borgs have been discovered. Borgs in association with Methanoperedens could act as a potential source of Methane sink in allowing Methanoperedens to metabolize Methane (Al-Shayeb et al., 2021), thereby helping to alleviate greenhouse gasses in the atmosphere.

Borgs were retrieved by scientists from wetlands and landfills of California, Colorado, Napa county, Corona Mine and were submitted for sequencing. Scientists were taking samples of soil to be taken into their lab for metagenomic sequencing. Soil samples contained genomes of many other microorganisms that are found deep inside the soil. After DNA extraction, scientists used Illumina sequencing, which produces short read sequences of DNA placed sequentially with other known contigs to form complete genomes and identify their potential functions (Gu et al., 2019). They used a voting scheme technique to sort the DNA of novel extra chromosomal elements and placed the known ones in their respective taxonomic profiles (archaea, bacteria, eukaryotes, no domain). Approximately more than 50% of the genome were unknown and the rest that was known was part of known taxonomic profiles (Al-Shayeb et al., 2021). The known part of these genomes resulted in approximately more than 30% of them being related to Methanoperedens nitroreducens. These unknown extrachromosomal elements constituted many hypothetical proteins (Sai Arun et al., 2020), yet scientists were not able to identify these as phage or virus particles due to the absence of particular genes. This could prove the point that these large genomes have genes originating from various microorganisms. Using metagenomic sequencing, it was shown that they have some properties of all these organisms and made it difficult for scientists to make any relevant conclusion about their taxonomic profile. These contigs were collected and then manually curated by scaffolding (SWALO), a second generation scaffolding technique used to do curation effectively on large datasets. It is used to join various contigs efficiently with minimum errors to give more accurate genome assembly for its annotation) with the same unidentified genomes (Rahman et al., 2021). It was found that Borgs were made up of linear genome sequences. Borgs have perfect Tandem Direct Repeats that caused local assembly errors which were removed by manual curation (Al-Shayeb et al., 2021). During scaffolding, these genomes had gaps in between them that were filled and allowed to introduce perfect tandem direct repeats with greater than expected mapped reads in them that allowed for a greater precision in its study. Scientists used the Repeat Finder in Geneious technique (Al-Shayeb et al., 2021) on the curated genomes to search for overlapped direct repeats. This enabled them to tabulate the exact position of the repeat (Liehr et al., 2021), its function and quantity as it would allow us to make hypotheses that we could add repeats of some other microorganism by using suitable techniques to make Borgs function more effectively and in a unique way (Larsson et al., 2006). Borgs contain a ribosomal protein 11 (rpL11) coding gene, but lack other genes to make ribosomes. Looking in the phylogenetic tree, rpL11 have maximum correlation with the rpL11 protein made by Methanoperedens, suggesting that Borgs have acquired genes from their Methanoperedens hosts (Al-Shayeb et al., 2021).

Guanine and Cytosine are held together by three hydrogen bonds which are much stronger than that of adenine and thymine. The GC content could be traced back to the evolutionary history of an organism and all of the 19 Borgs that were retrieved have approximately the same GC content between 32%-34% thus concluding the same evolutionary background of Borgs with very little variation between one another. On the other hand, Methanoperedens have a GC content between 40%-46% (Al-Shayeb et al., 2021), suggesting that Methanoperedens and Borgs have distinct evolutionary backgrounds despite being compatible with one another as both of them benefit one another.

Borgs and Methanoperedens share some of the same protein family groups that may overall enhance the working of that particular protein group, but a majority of the groups are different for one another (Al-Shayeb et al., 2021). Certain Borg-specific protein groups such as Host Cell Proteins, D-fructose 1,6 Bisphosphate, NrdD and FBP contribute to Methanoperedens metabolism. The contribution of Borg-encoded proteins to central metabolic Methanoperedens pathways further illustrates the genomic integration between Borgs and their hosts.

Special features of some of the Borgs

Of all the 19 Borgs assembled four of them; Sky, Lilac, Black and Purple were completely curated.The Black Borg could be considered as the most integrated Borg as it shows high content of glucosyltransferase and glycosyl hydrolase, NTP transferse, Aceytyltransferase, stress and environmental response, etc. These properties are shown by the majority of the Borgs and this makes them advantageous for any host to assimilate inside itself. Fully curated Sky and Rose Borgs have exactly the same nucleotide sequence, suggesting they share a common ancestor.

Lilac Borgs, on the other hand, could be considered as one of the major Borgs that form a more common symbiotic relationship with Methanoperedens at deeper depths in vernal pool soil according to samples obtained in 2011 at a depth of around 480 cm (Al-Shayeb et al., 2021). Oxidation causes the release of electrons and these Lilac Borgs release electrons that are accepted by terminal electron acceptors and passed on through a downhill reaction (exergonic reaction, i.e., causes the release of heat during any chemical reaction). Released energy could be conserved and used by the Borg in downstream processes.

Borgs have multiheme cytochromes, both b and c, that help in easy attachment of electrons. Cytochromes are protein barriers that help in easy movement of electrons and in extracellular respiration. These cytochromes allow the easy movement of the electrons by terminal electron acceptors. Iron is present in the center of the structure of cytochromes and acts as a prosthetic group which enhances the methane oxidation property of Borgs. This promotes electron transfer by converting methane into carbon dioxide and causing the energy released to be used in various functions (Edwards et al., 2020). Iron is the most abundant metal inside the surface of the earth so these Borgs through lateral gene transfer use iron to increase the productivity of their cytochromes.

Borgs along with other microorganisms could help us tackle various global challenges like global warming with the help of their metabolism and methane oxidizing properties. These extrachromosomal elements could decrease the emission rates of methane from vernal pools and wetland soils in combination with Methanoperedens or other microbes and reduce methane effects in the atmosphere by oxidation to carbon dioxide.

Borgs could act as a potential resource in decreasing the effects of methane emissions into the atmosphere and reducing the effect of global warming which is an international emergency. Borgs could be experimentally combined with various microorganisms and could be tested to determine the extent of their ability to oxidize methane. These extrachromosomal elements are likely to promote the metabolic activity of their hosts by making suitable changes to withstand extreme climatic conditions. This mysterious genome is a hybrid of all the microorganisms that surround it in deep wetland soils and vernal pools. In laboratories, these genomes could be inserted with genes of other microorganisms to increase its efficiency and produce new types of Borgs. Borgs could play an unrecognized role in the field of biotechnology and have the potential to augment methane oxidation to reduce its effect in the atmosphere. Methane has a greater and more impactful effect on biology on earth and new technologies to remove it must be explored.