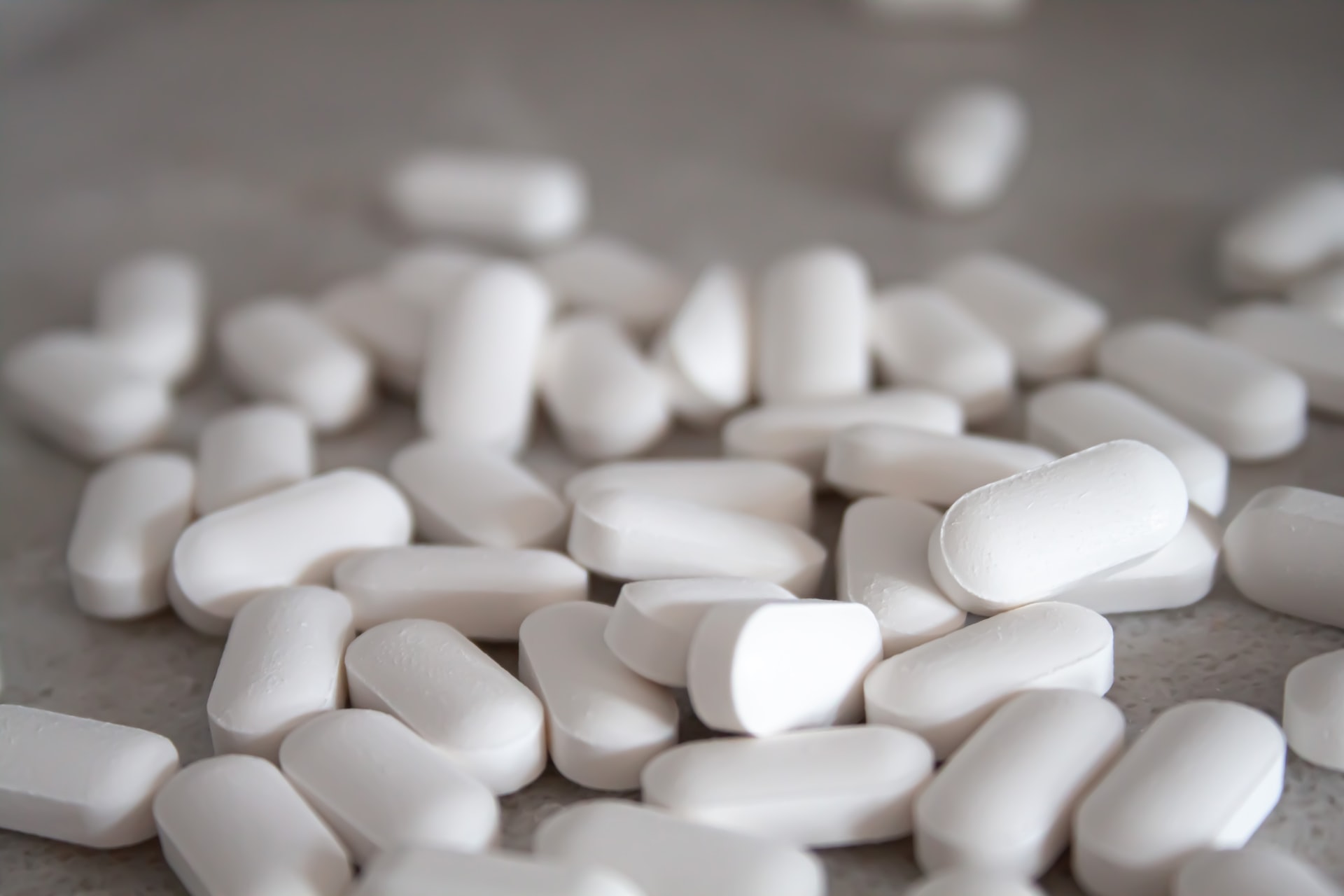 New viral drug development can take up to 15 to 20 years to reach the clinic, while drugs during development that display intense adverse drug reactions or signs of drug ineffectiveness can be discontinued at any time. This unreliability of developing new drugs explains the costly and long process of drug development, which is an unsuitable process for tackling acute onset diseases. As a result, several outbreaks of viral disease have resulted in millions of deaths, especially in developing countries. Drug development for these outbreaks have been only partially successful, but there is a growing need for effective anti-viral drugs to counter outbreaks. One way this may be achieved is through repurposing previously approved drugs which target similar aspects of the virus. This strategy has the advantage of pre-clinical work, with factors such as dosage and adverse drug reaction previously identified and studied. The purpose of this paper is to identify why to repurpose viral therapies, how to repurpose them, and future implications of repurposing.

Repurposing drugs is a strategy where scientists allocate an already-approved drug for reasons other than its original purpose. Discovering a novel drug from initiation to approval can take up to 25 years, proving to be a costly and inefficient way to allocate drugs to illnesses (McNamee et al.) The time-consuming process of drug discovery and approval results in only a few anti-viral drugs being approved over the past decade, making it a costly way for pharmaceutical companies to seek profit (De Clercq and Li). Due to the pharmaceutical industry’s profit-driven incentives, companies have pursued a more efficient path: repurposing drugs (Cha et al.).

Repurposing drugs is essential in today’s drug market in aiding the pharmaceutical industry to assign drugs to illnesses which require timely and inexpensive drug-approval processes. Such events usually involve an acute viral outbreak, in which a reliable drug must be available for treatment as early as possible. Production of a novel drug may be too time consuming during a viral outbreak. The extensive supporting studies used to determine the safety of the drug are time consuming and by comparison, repurposing a drug has a shorter timeline because fewer supporting studies and less research are required (Hernandez et al.). Further, repurposed drugs may be more reliable, since vigorous studies have been conducted previously to determine the safety of the drug and the drug is likely to have been tested in the public domain (Pan et al.). Repurposed drugs may prove beneficial in orphan viral illnesses (diseases found in less than 200,000 patients) as well. Due to the rare occurrence of orphan viral illnesses, pharmaceutical companies are unincentivized to discover novel drugs due ratio of cost of development to patient number and the high levels of expertise required. Therefore, repurposed drugs may be the only available treatment (GJ) and thus, repurposing a drug may be favored.

Viruses are those that generally cause acute illnesses, often resulting into serious problems or death. Common viral illnesses include HIV/AIDS and COVID-19, which both begin with acute symptoms, but can result into extreme symptoms or death. Viruses are also more difficult to treat, and unlike bacteria, they cannot be directly eliminated by broad-spectrum antibiotics. Rather, targeted anti-virals are required for viral illnesses, targeting specific life parts of the viral life cycle.

As obligate intracellular parasites, viruses can only reproduce by infecting a host cell and utilizing the reproduction machinery in the host cell to produce copies of itself.

Viral life cycles vary according to specific viruses (Ryu), but usually follow a pattern of:

In order for the virus to perform gene expression, the genetic material of the virus needs to be exposed to the host cell, a processed named uncoating. The uncoating is generally done by an increase in cations in the cytoplasm or the acidic state of the endosome.

Once replication is completed, the virus exists the host cell by exocytosis, budding, or cell lysis. Budding allows the virus to use the host cell’s membrane, forming an envelope for the virus. Cell lysis bursts the cell membrane, releasing the virus but killing the host cell. Exocytosis is when vesicles are excreted out of the cell.

The infectious ability of the virus is a large determinant of the magnitude of spread. Contrary to times when travel was restricted to walking distance, modern mass transport has allowed viruses to spread from continent to continent. To determine contagiousness, R0 is used as a scale to show how easily a virus may spread from person to person. Thus, a virus with high infectious ability, or R0, can be extremely easy to spread, given mass transport.

Prevention and Treatment of Viruses

The most common and effective way of preventing a virus is by immunization. Over the past decade, more than one billion children have been immunized, preventing almost three million deaths each year (world health). Although vaccines are extremely effective, with some effective to 95% of recipients (world health), the development of a long-term effective vaccine is dependent on the category of virus. There are two main subcategories of viruses important to the development of vaccines: DNA versus RNA viruses.

DNA viruses such as smallpox or polio are more stable and unsusceptible to change, which allows targeted and effective vaccines. However, RNA viruses are very unstable, and mutate rapidly due to a lack of proofreading of RNA virus polymerase. This error changes the hemagglutinin and neuraminidase surface proteins of the virus, a process named the “antigenic drift.” Antibodies developed from the previous vaccine would have recognized specific antigens, rendering the previous vaccination obsolete with even a small alteration in the surface proteins. Thus, the development process of vaccinations for RNA vaccines is much more difficult, as they have to. To maximize effectiveness, vaccines may be re-engineered after each time period. For example, influenza, an RNA virus, requires a new vaccine each year due to the mutations in the coat protein of the virus.

However, the method of developing a new vaccine each year is costly, especially for illnesses that may not have the magnitude of impact the influenza virus does. Due to the spread of influenza, which may infect up to one billion people each year an, there is an influx of funding is given for research and development of a vaccine (Clayville). Conversely, viruses that impact a small percent of society will have less funding towards treatment, and the development of a new vaccine is less plausible.

In instances where a vaccine is unavailable or ineffective, antivirals can be used as a form of treatment after infection. Antivirals are compounds that interfere with the replication of a virus, stopping the further spread of the virus in the body. However, because viruses live inside the host cell in order to replicate, antivirals which interferes reproduction in viruses also interferes with reproduction of the host cell. Thus, there may be severe adverse drug reactions to different forms of antivirals.

As RNA viruses are those that are difficult to raise a vaccine against, and thus have no concrete preventative measures, rapid repurposing of viral therapies is imperative for novel RNA viruses. As novel viruses emerge, there is a rapid need for viral therapies in order to combat the spread of a virus. However, the process of developing of a new drug to FDA approval can take up to ten years, proving as an ineffective way to quickly contain the spread of a virus (Department of Health and Human Services). Thus, as a novel RNA virus emerges, repurposing drugs that have not only shown efficacy in similar viruses but also have manageable adverse drug reactions is the most effective way of treatment.

In interfering with the replication of viruses, antivirals target the stages in the life cycle of a virus. There are 3 major areas where antivirals effectively stop a viral infection:

Viruses need to have genetic information exposed to cellular machinery in order to replicate, and thus the virus needs to be uncoated. However, anti malaria drugs such as chloroquine and hydroxychloroquine interfere with the pH of the endocytic vacuole. Being basic , at high enough concentrations they can raise the pH of the vacuole environment thereby preventing viral uncoating which requires an acidic pH.

Even after the virus enters the cell and goes through uncoating mechanisms, there is one last option to halt the spread of the virus. Remdisivir is an example of an antiviral that inhibits replication of the virus and has even been repurposed as treatment for COVID-19. It works by mimicking a nucleotide and is incorporated into the growing RNA chain. Once incorporated it inhibits the addition of new nucleotides thus stopping replication.

The Future of Repurposing:

As novel viruses emerge, more and more antivirals need to be repurposed in order for a timely control in the magnitude of spread. Although it is plausible for new viral therapies or vaccines to be developed, the time frame in which new drugs are developed is too long for the containment of a virus.

This strategy can be seen in the rush to develop treatments for COVID-19. Even with unprecedented measures- over 23 pharmaceutical companies participating in vaccine research and 4 phase-3 trials in the working, scientists still predict a possible treatment to be available more than 1 year after the discovery of COVID-19 (Department of Health and Human Services). However, there are promising results in repurposing viral treatments such as remdisivir and hydroxychloroquine during the wait for a vaccine. Thus, future large-scale pandemics should learn from this pandemic and not only work to develop a vaccine but work to repurpose approved antivirals.

Not only are underdeveloped countries unable to afford research for novel drug development, but global pandemics such as the spread of COVID-19 are in need of drugs to combat viral illnesses. Thus, repurposing viral therapies should be concerned as an alternative to novel drug development.

“How Are Drugs Approved for Use in the United States?” Eunice Kennedy Shriver National Institute of Child Health and Human Development, U.S. Department of Health and Human Services, www.nichd.nih.gov/health/topics/pharma/conditioninfo/approval.