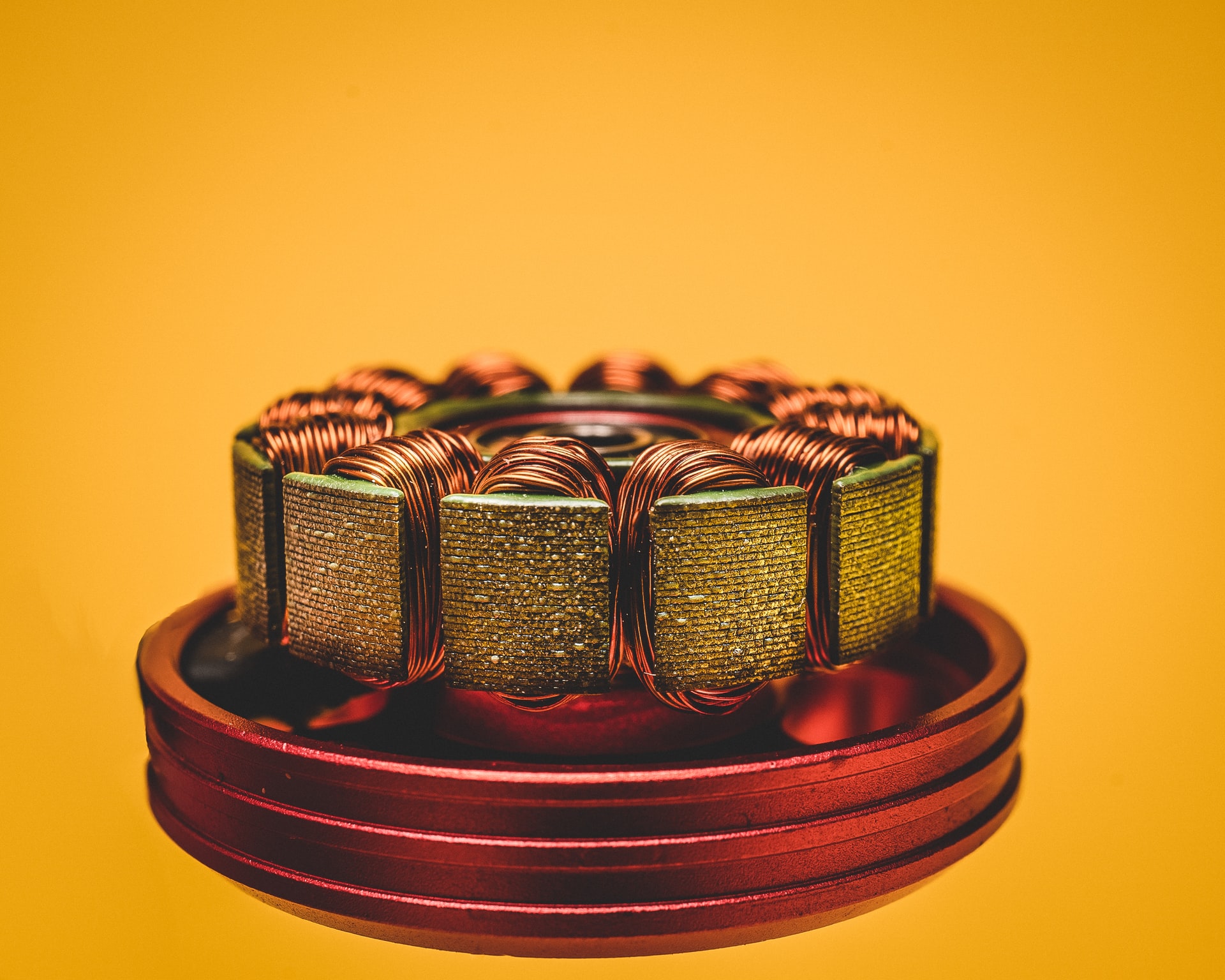 The electroscope is a tool to measure electrostatic force. It works by electrostatic attraction or repulsion and consists of two metallic leaves suspended from a metal hook. The leaves are inside a glass container to protect it from air currents. The leaves are connected to a metal ball which is on the top of the container. When a charged object is brought near the ball, the charges on the object cause the same charges move away toward the end of the leaves. The leaves are then spread apart due to the repulsion of same charges.

The electroscope can also quantify the amount of charge of an object. A larger charge causes the leaves to spread further apart. Electroscope can show the type of charges of two object. One can first bring an object in touch with the electroscope. This will cause the foil leaves to separate. Then, bringing the second object can be brought next to the electroscope’s post. If the two objects have same type of charges, the second contact will cause a further separation. On the contrary, if the leaves are brought closer than the two objects have different types of charge.

Charge produced on a rubber rod when rubbed by fur and charge produced on a glass rod when rubbed with silk have been found having different properties for a long time. They didn’t gain their names until Benjamin Franklin (1706-1790) introduced the concept “positive” and “negative” around 1750. He noticed stable fluid is present in all objects. During rubbing, they carry similar or different properties as some fluid is transferred from one object to another. Thus, he proposed that the charge on a glass rod when rubbed with silk be called positive. This concept is revolutionary, and Franklin’s model also approaches the reality more, which has electrons being transferred instead of “fluid”.

Coulomb’s law is used to measure the electrostatic force. It is developed by the French scientist Charles Coulomb (1736-1806).

The force F can be expressed as:

In order to measure the weak forces between two charges, Coulomb invented a torsion balance. An insulating rod is suspended at the middle of an enclosure. Two small metal balls are attached at each side of the rod. Both balls are charged. Another ball with the same charges is put close at one ball. It then causes the rod to twist. If the torque needed to create the angle of the twist is measured, the forces produced by two same charges can be measured. Besides, in order to give two balls the same charges, Coulomb placed one charged ball into contact with an uncharged ball, thus divided the charges on one ball into two equal parts. By repeating this process, he can divide charges to one-half, one-quarter and so on.

The electrostatic force has a similar functional form than the gravitational force, we can see they all have inverse-square dependence from the distance:

However, the gravitational force is always attractive. While the electric force depends on charges and can be either attractive or repulsive. For charged particles, the electrostatic force is the only force that is responsible to their interactions.

Two positively charged objects at a distance exert a repulsion force to each other. If we place a negatively charged object instead of one positive object at the same place, the force, although still have the same magnitude, becomes repulsive. Therefore, the electrostatic force between two object depends on each object’s charges. We can define the Electrostatic field as a property generated by one charge only. This can be defined by dividing the Force F generated in between two charges by one of the charges as follows.

In a uniform electric field as shown above,

, If a positive charge moves downward (in the direction of E), the work done by the electric force is positive, so U decreases.

Since we usually define U=0 when r is infinite,

when moving a particle from infinite far to r. Therefore,

Its unit is V or J/C. Electric potential is also called potential energy per unit charge. Like electric field, V exist at a point even if there is no charge.

An electric circuit is defined as a closed conducting path that allows the electric charges in the wire to move from one region to another. Within a conductor, when there is no external electric field, the charges move randomly. Instead, if there is an electric field E is established inside the conductor, charges will experience a force and start to move in one direction. The charges also experience collisions with the metal particles when they pass through conductors. In other words, the kinetic energy supplied by the electric field is dissipated to heat the conductor, which keeps the charges from moving faster.

As a result, we need a device, often called a battery, that act as an external force that can is in opposite direction to that result from E1 and carry the positive charges from lower potential to higher potential.

Therefore, a complete circuit must consist of a wire, a conductor (or resistance), and a battery.

In a conductor, if the charges experience an electric field, they will start moving in a direction.

The net charge flowing through the circuit per unit time, or the rate of flow of electric charge is defined as current:

The standard unit of current is ampere, defined as 1 coulomb per second (1A=1C/s).

2.3 An analogy to the flow of water

Ohm’s Law shows the proportional relationship between the current and voltage. It also shows the current not only depends to the voltage, but also on the resistance.

The relationship was discovered experimentally by the German physicist Georg Ohm (1789-1854). In symbols:

A quantitative definition of resistance R is:

While the definition of R is:

In a series circuit, the circuit elements are connected in sequence, lining up on a one after the other. In series, the current I remains the same through the path.

The total resistance of the combination Rs is:

For each resistor, since they all have the same current, we can know their voltage respectively:

The resistance across two sides of the battery is:

Since the total resistance of a series combination is greater than any individual resistance, so connecting a bulb is series will make it glow less brightly.

In parallel circuits, each resistors provides an alternative path for the current. The potential difference is the same across each element.

The total current equals to the sum of the three currents in the resistors:

The current in each resistor is:

So the total resistance R is:

The total resistance of a parallel combination is less than any individual resistance. As the current in a bulb connected in parallel is independent to the adding of other resistors, connecting a bulb in parallel doesn’t change its brightness.

The rate of transferring energy from the battery is called power:

The unit of power is watt: 1W=1J/C. The power delivered to any resistor is:

3.1 What are magnetic poles?

Of a bar magnet, one end is called a north pole or N pole, and the other end is called a south pole or S pole. Opposite poles attract each other, and like poles repel each other. This is similar to electric interactions. We can also describe the interactions between two magnets as one sets up a magnetic field around it, and the other magnet moves in response to the magnetic field.

In early years, people sail with a compass which always points to the north. The Earth’s north is defined by the direction of the compass’s north points. As a result, Earth’s geographic north pole is like a magnet’s south pole, which attracts the compass’s north pole. The earth’s magnetic axis, though, is not parallel to its rotation axis, so the compass’s reading derivates a little from the true north.

The first evidence of the relationship of magnetism and electric current was discovered by Danish scientist Hans Christian Oersted. When he was giving a lecture, he surprisingly found a compass needle was deflected by a current-carrying wire. When the wire carries current, a compass placed directly over the horizontal wire deflects. As shown in figure 4, when the current is towards north, the needle deflects towards northeast.

3.5 The magnetic force on a current-carrying wire

This relationship can be expressed as:

where constant k’  is equal to

3.6 The magnetic force on moving charges

that is perpendicular to the field. When

is parallel to the magnetic field, the force is zero.

The magnitude of magnetic force is given by:

are vectors, the direction of their product